Favorite female vocalists? What a riot! I wish I could have them all here. But here are three of them who sing lyrics that are quite relevant to me these days.

Gloria Estefan — Here We Are

XmasDolly of XmasDolly, Lori of Shewbridges of Central Florida, Larry of Cakeblast, and Callie of JAmerican Spice host Monday’s Music Moves Me

What if… Charlie Sheen were right about who he is, what he is saying and his “goddesses”?
Then Howard Stern’s assessment would be confirmed. Charlie is special.
What if… Potato chips were declared a vegetable?
I’d use a helping beside my steak
What if…All the junk going on in parts of the world ended in peace?
Bad time for the business of war
What if…gas prices hit $5?
The Middle East crisis is dormant, latent, volatile. It goes berserk while we are dreaming of world peace over oolong tea. We shouldn’t be surprised at its impact on gas prices
What if…American Idol got canceled?
I never would have known William Hung
What if…the Queen of Alaska was elected president?
A nation has succumbed to her brand of intellectual and leadership fortitude
What if…talking on a cell phone while driving became illegal?
The act of making it illegal is long overdue
What if…Bud and Kathy invited you to a party- would you go?
I would. Jill and the french twins might be around
What if…you found $1000 sitting in the road?
It will find its way to fine haunts
Harriet hosts Monday Mayhem 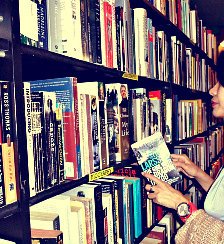